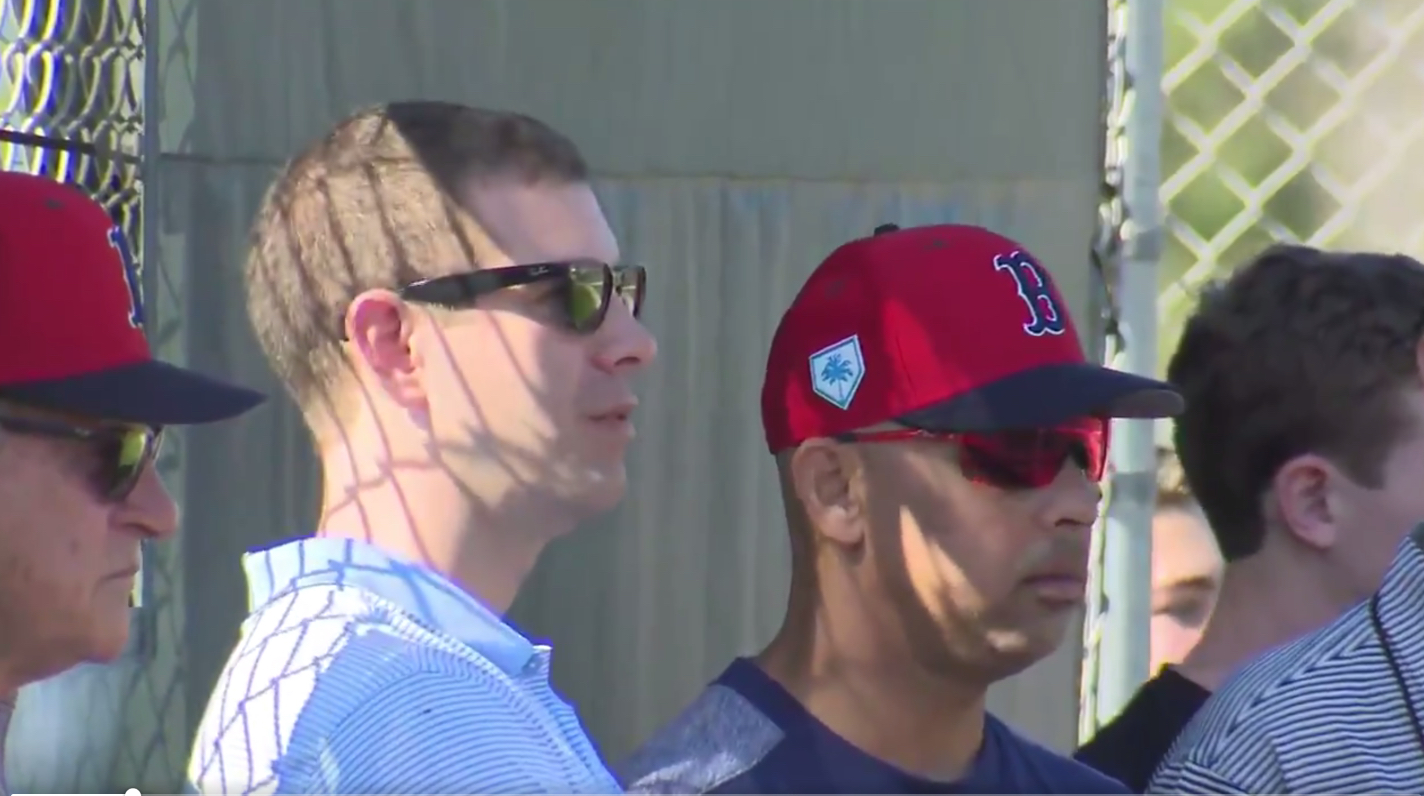 For the second year in a row Celtics coach Brad Stevens headed to Fort Myers to visit the Boston Red Sox over the NBA's All-Star weekend. Last year, Stevens must've given some good juju to the Sox, and their rookie manager Alex Cora, as they finished the season with a franchise-record 108 wins en route to the 9th World Series title in team history. He was one of the first people outside of the club that Cora asked to address his new team.

Cora said that Stevens had a "great" message for his team, including advice on how to manage the ups and downs of a long season that came from a particular legendary NBA coach. Via Jason Mastrodonato of the Boston Herald:

“I think he mentioned that Chuck Daly used to say, ‘All you have to do is land the plane. There are going to be ups and downs, but just make sure you land the plane and go.", Cora said.

The Red Sox manager says the Celtics play has been improving, but he thinks they're pacing Kyrie Irving the same way the Sox did with Chris Sale to make sure he'll be ready for a long postseason run:

“They’ve been playing better. When we went there for the championship thing, they were playing OK offensively. Lately, it’s been OK. With them, it’s just be healthy. I think sometimes I do feel they’re doing the same things we did last year as far as Kyrie. I might be wrong, but from the outside, it seems like they’re taking care of him so when the playoffs come, he’s ready to roll. Hopefully, there are a few games we can go watch, some cool games, and we have a Finals and they can do the same things the Patriots and we did.”

Stevens noted that Boston currently has a wealth of great minds behind all of their major sports teams and he loves the perspectives he gets from other sports. Via Mark Dunphy of Boston.com:

“One of the great benefits, I guess, of being the Celtics’ coach is you can get a chance to meet those people and learn a great deal from them and I just try to, whether it’s those guys or [Bill] Belichick or Bruce [Cassidy], or whoever, we’re really blessed to have a lot of people to pick the minds of in Boston.”

Coach Brad also looked back at last season, where the Celtics struggled mightily heading into the All-Star break, before rounding into form and playing their best basketball:

Stevens and the Celtics will be tested right out of the gate when they kick off their return to the court on Thursday night against Giannis Antetekoumpo and the Milwaukee Bucks on national TV to kick off the rest of the NBA season. And they might have to do so without Gordon Hayward, who tweaked his right ankle in a workout.