Almost a full month after the NBA announced its return in a bubble in Disneyland, commissioner Rob Manfred has officially announced that Major League Baseball, their owners and players association have come to an agreement to implement a 60-game regular season near the end of July. In this article, we'll talk about everything you need to know about the plan for a season to play out and what that the proposed format means for the Red Sox.


With opening day (sourced to be a Washington Nationals vs. New York Yankees matchup) scheduled for July 23 or 24, the current proposal sees the last game of the regular season landing on September 27. All teams will play in their usual MLB home ballparks, but divisional scheduling has been rearranged to take into account the safety concerns involved in long travels, with MLB citing health and safety as their foremost priorities. Each team will face their divisional rivals for a total of 40 games and the opposing league’s geographic counterpart for a total of 20 games. For instance, the Red Sox will face the AL East for 40 games and the NL East for 20 games and will never play any other division during the regular season. Camps will open during the first week of July throughout the sport and player pools have been submitted by teams (new writer Ben has addressed the pool for the Red Sox in his recent article). Oh and by the way, the universal DH — are you for or against?

BASEBALL IS BACK ⚾️


The Reality: This is still a plan.

With MLB and their owners receiving pressure from fans and players alike to reach an agreement without asking the players to take paycuts on paycuts, a plan to implement a season is likely in the best interest for players to not strike. For me, that’s about where the optimism ends when it comes to the return of baseball. I’m giving you your warning right now — there are some dark realities I’ll bring up and if you don’t want a damper on your “sports are fully back” hype, maybe you can put this off for later.

While the plan for a season to be implemented is indeed set in stone and MLB will do all that they can in their power to see a World Series champion crowned (despite the hate the winning team will get for winning in a nuanced format), the complications that will come with playing sports while a global pandemic is still alive in great force are too obvious to ignore.

With the number of cases on the rise yet again in America, the virus is far from dead and there is no reason it will discriminate against sports. When COVID-19 first shut down the NBA in March, it was nowhere near the last that American sports would hear in terms of positive tests by athletes. Several members of MLB organizations have gotten results of their COVID-19 tests with bad news. Most recently, fan-favorite and perennial all-star Charlie Blackmon has tested positive.

Major League Baseball plans to release their 2020 schedule in about a week, waiting until after players report to training camps and undergo COVID tests this week. They'll also check with health/government officials on the status of each #MLB city. The 1st workouts are Friday.
— Bob Nightengale (@BNightengale) June 29, 2020

It’s fairly easy to see what’s happening here. People in baseball (players, coaches, etc.) are testing positive. They are in contact with other people. They will have even more exposure to others when the season is in full swing. They are not in a bubble — they are still traveling between series. While precautions are going to be taken, it is impossible to completely prevent coronavirus from spreading to a point where players are being quarantined on the regular and teams are losing people from their organization, at least temporarily. As sad as it may sound, can we guarantee that the league won’t be without half their superstars midway through the season? The answer is no until we can kill the virus altogether — and, uh, yeah, that’s not something we’re expecting tomorrow.

Given the risk, players have already started taking into consideration their own health as well as the well-being of their friends and family, leading to some players announcing that they will hold out for the 2020 season, including Mike Leake, Joe Ross, and World Series champion and future Nationals hall-of-famer Ryan Zimmerman, who was shortly considering retiring after the 2019 season. Additionally, in perhaps the most tearful realizations on social media, Boston-beloved Brock Holt, now on the Milwaukee Brewers, posted on Instagram about staying away from his family to support them. While Holt is not opting out of the season due to necessity, the sacrifices he has to make for his pregnant wife and current and future child should not go under the radar. 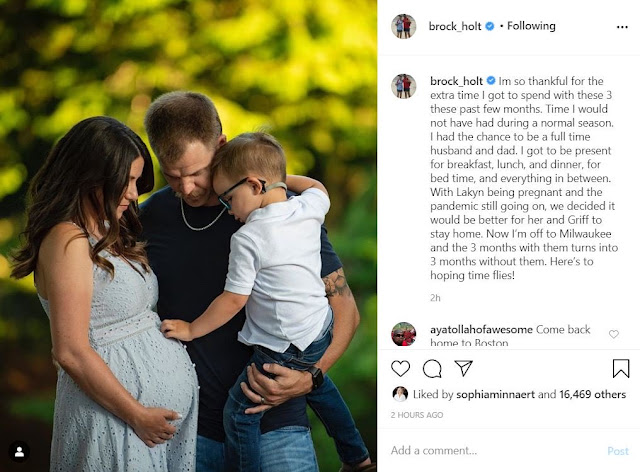 With the NBA only playing a few regular season games before diving right into the playoffs, we expect an NBA champion to be crowned this year. But what about MLB? Do you think we will indeed see the completion of a 2020 season as the proposal currently stands? It’s hard to complain about the return of baseball after a long ordeal of arguing with cheap owners, it’s naive to be surprised or upset if some of the game’s biggest names decide to minimize risk and hold out from a 60-game season.

For the Red Sox, all of the major members of the anticipated roster has confirmed that they are opting into playing the 2020 season and will report to camp at Fenway Park in about a week. Buried through all the mixed emotions about the return of baseball is that the Red Sox will still not have Chris Sale during the season due to Tommy John surgery. But with one huge run, this season could be all about surprises. Some teams that would generally have no chance of winning a title are going to make legitimate postseason runs. A 10-game winning streak in a 162-game season means a little spark. A 10-game winning streak in a 60-game season will likely mean it’s playoff time. Despite a depleted pitching staff, the Red Sox, still full of talent after the offseason that Chaim Bloom has had, have a shot to make some serious noise. Where do you have them finishing this season if the season does indeed happen? Do you want to see an article soon on Red Sox players who could have a serious impact in the shorter format?