Red Sox fans on outside looking in as World Series underway 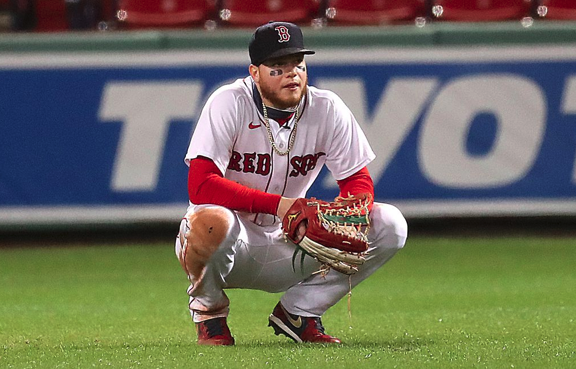 From Hyde Park to South Boston, Braintree to Scituate on the south shore, and Gloucester to Salem on the north shore, Sox fans are miserable. Why wouldn’t they be? The team never even contended which is taboo in Boston but now they have to watch the Rays battle the Dodgers in the World Series.
Speaking of which, if you’re inclined to put your money where your mouth is then you should know GTBets has Los Angeles as favorites to win the World Series over Tampa Bay. Make sure to get on over and check out this top-notch online sportsbook if you’re looking for an investment in the World Series.

What are Sox Fans Doing Now?
Well, here’s something you might not know. Fenway Park has morphed, temporarily at least, into the most unique voting station on the planet. Yeah, that’s right, there is early voting at Fenway and not of the All-Star ballot variety.
Laura Eastaugh, a Boston resident, was eager to participate, “I was thinking I had to do all the stereotypical Boston things because it was gonna be a once-in-a-lifetime opportunity to be able to vote at Fenway Park,” the 29-year-old Brighton resident tells me. “So I threw on my Cam Newton jersey—number one, my favorite player!—and went down there to cast my vote with my roommate, and my Dunkin’ Donuts in hand.”
It didn’t take long for a news crew to capture the quintessential Boston girl bedecked in a Patriots’ jersey and a facemask blending all of the Boston sports logos. With a Dunkin’ ice coffee to keep her hydrated, she was magic the moment she saw the mic and the rest is viral history.
“I wanted to vote at Fenway because we’ve all been cooped up inside for a little bit, and I got my Dunkies,” Eastaugh commented from behind oversized sunglasses, and with a Boston accent that is often faked but never authentically imitated. “I’m ready to vote for Joe Biden but I wish I was voting for Bernie Sanders, but it’s a team sport!”
Her interview blew up all over social media and it appears Eastaugh is available for any spokesperson duties that might crop up as a result of her 15 minutes of fame. When asked if she would like to work more in front of the camera, she responded as only a Bostonian would, “I’m wicked available, khed.”
Do Red Sox Have Hope in 2021?
Every February when pitchers and catchers arrive for spring training, hope springs eternal no matter how bad the team was the year before. Red Sox fans are in the unusual position of knowing that things can’t get much worse which is, at least, a silver lining to their team’s disastrous 2020 campaign.
"We are intensely competitive," Red Sox chairman, Tom Werner said. "I want to say to our fans that we're not going to rest. We are already hard at work at improving our squad. We don't want this to be a long rebuilding process."
"We do feel... We're staring at a very disappointing season," he added. "We don't have any excuses. We've got a lot of assets and, as everybody knows, we spend and we're not a small-market team. We're going to be back next year."
The starting rotation is a hodgepodge of ifs, maybes, and question marks. Will Chris Sale ever regain the form that made him a stone-cold assassin on the hill? Does Nathan Eovaldi have what it takes to be a decent No. 2 or No. 3 starter in the rotation?
How about the erratic Martin Perez? Is this kid a legitimate MLB starter or too inconsistent to hang around at the big-league level? And what about Eduardo Rodriguez, who has been battling myocarditis as a result of COVID-19?
We will all know soon enough, but aside from a few talented hitters, the Boston Red Sox have a long way to go.