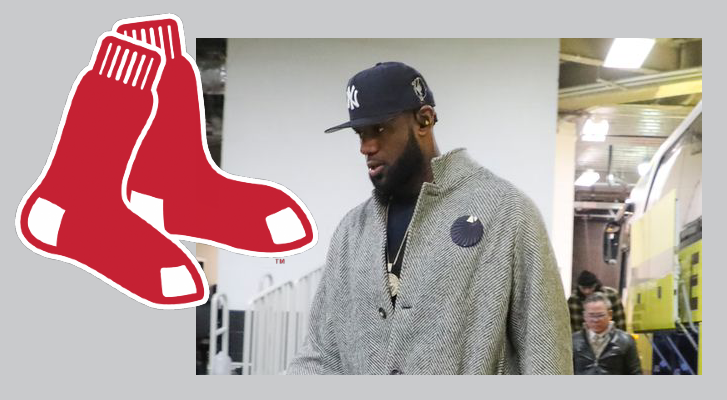 LeBron James has become a partner in the Fenway Sports Group, making him a part owner of the Boston Red Sox, first reported by the Boston Globe and confirmed by ESPN. pic.twitter.com/Yo0BJTlAYd

Well this wasn't something I was expecting to see today. This has nothing to do with LeBron James suddenly becoming a Boston Red Sox fan. It's strictly a wise business decision on James' part The Red Sox have gone up in value tremendously over the last decade. They were recently valued at $3.3 billion, which puts them only behind the Yankees and Dodgers.

Now when the Red Sox win, LeBron James wins. That will take some getting used to for Sox and Celtics fans. Yankees fans used to chant "Who's your daddy?" while Pedro Martinez was on the mound. I suppose the answer in present times would be LeBron James. One thing that is for sure is that whenever you hear that the Red Sox can't afford a player you are free to roll your eyes. Their ownership group is another level of rich.

LeBron James taking his talents to Boston? Didn't see that one coming.
Crossposted on celticslife.com