5 Things to Watch in the Red Sox Upcoming Home Stint

After finally losing their fourth game of the year, the Red Sox look to bounce back in their longest home stint of the entire season.  The next ten games will see them play the White Sox four times, the Blue Jays twice, and Mariners four times.  All of these opposing squads have some talent, and the first two teams might be the toughest challenges the team has faced so far.  Many projected the White Sox (6-7) to go deep into the American League playoffs, but they have been inconsistent out of the gate.  The same could be said for the Blue Jays (6-6) who currently sit at second in the AL East.  If the Red Sox want to maintain their spot atop the division standings, here are five factors they will have to overcome in their upcoming home stint. 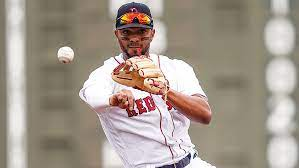 The Southside squad boasts one of the best rotations in all of baseball, led by ace Lucas Giolito and fastball aficionado Lance Lynn.  Giolito, a preseason Cy Young Favorite, currently has 1 win and 2.55 ERA.  Lynn has 1 win and 1 loss but a very impressive .92 ERA in three appearances.  He also made Mike Trout look like an average hitter, which is no easy feat. To make matters worse, the Red Sox are projected to face Carlos Rodon, who just pitched a perfect game against Cleveland, at some point in the series.  Needless to say, the White Sox hurlers are hot and will pose the stiffest test yet for the Red Sox lineup.

Luis Robert, White Sox outfielder, was expected to be a star-caliber hitter in 2021.  He has been solid so far with an average of .269, notching 14 hits and 1 home run. Two guys that nobody had high expectations for were veteran right fielder Adam Eaton and rookie catcher Yermin Mercedes, yet they have been carrying the team offensively.  Mercedes is currently batting an unbelievable .476 in 42 at bats and has recorded a whopping 20 hits including 3 home runs.  There’s hot and then there’s nuclear.  Shutting down these three will be quite the difficult task. 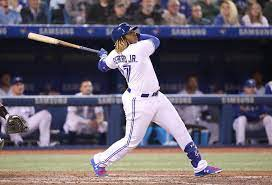 The Blue Jays lineup may not be as intimidating as the White Sox but it still has a lot of potential to do damage, especially when first baseman Vlad Guerrero Jr. is up to bat.  He currently leads the Jays lineup with a .396 batting average, although he has hit only 2 home runs so far.  Infielders Bo Bichette and Marcus Semien have notched 4 a piece.  An offseason weight loss program seems to have contributed to his hot start.

4. Can the Sox Expose the Blue Jay's Pitching?

Toronto’s starting rotation has been shaky outside of Hyun-Jin Ryu and reclamation project Steven Matz. They have also struggled with injuries to two of their starters, Nate Pearson and Ross Stripling. Furthermore, the Red Sox are unlikely to see Ryu, Matz, or Robbie Ray when the Jays come to town. They are projected at this time to face T.J. Zeuch and Tanner Roark, neither of whom are off to a great start. Both have yet to notch a win and their ERA's are 5.56 and 7.94 respectively. Normally, one might think Toronto could turn to its bullpen and deploy an opener strategy but that seems unlikely given the fact that four of their bullpen arms are on the IL.

The Mariners, much like the Red Sox, are off to a hotter start than many expected and are currently sitting atop their division.  A major contributor to their success has been outfielder Mitch Haniger, who is finally returning to form after what can only be described as a gruesome injury in 2019. He’s battled back and is now leading the Mariners in home runs, batting average,  tied for the lead in RBIs with 10.

If the Red Sox can effectively neutralize a majority of these players there’s a very good chance that they can carry their momentum through this home stint.

References: all stats courtesy of mlb.com