How Aggressive will the Red Sox be at the Trade Deadline?

Prior to the 2021 MLB season I penned an article describing all of the reasons why the Red Sox were probably going to disappoint a lot of fans with a season not much better than the dumpster fire that was 2020.  I ran through a long list of factors that would keep the Red Sox in the bottom of the division and league standings: a boom-or-bust starting rotation, a shaky bullpen, a lineup that lacks talent in the bottom half.  In addition, there were elements outside of the team's control that I thought would surely prevent them from contending, including a talented division featuring a stacked Yankees team.
As June begins and the trade deadline appears on the horizon, though, it appears my preseason thoughts could not have been more wrong.  The rotation has been consistently good, Matt Barnes has emerged as a legit closer, some members of the bottom of the lineup have been flashing recently (namely Hunter Renfroe).  Just as importantly, the AL appears to have several really good teams but no true powerhouses.  The Red Sox find themselves sitting at second in the AL East, 2 games behind the Rays, at the time of this writing.  As the trade deadline approaches the Red Sox need to be one of the most aggressive teams in all of Major League Baseball.  While the team has certainly exceeded expectations thus far, there are still several areas where the team could stand to improve.  A few key acquisitions could be the difference between a wildcard game exit and a deep playoff run. 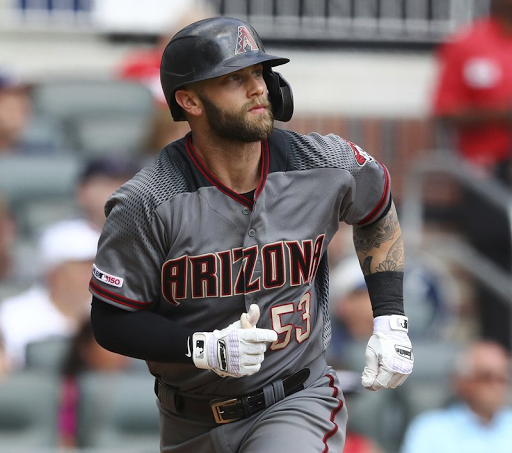 The Red Sox clearly have one of the best offenses in the American league.  According to MLB.com they rank among the top four teams in runs, hits, home runs, RBIs, batting average and on-base percentage.  There are some positions that are bringing down the team average, however.  The Red Sox are currently 12th in batting average among AL first basemen, and 8th in the same category for second basemen.  These positions have largely been staffed by a mixture of young players like Bobby Dalbec, Christian Arroyo and Michael Chavis as well as veteran Marwin Gonzales who contributes more to the club defensively than offensively.  If the Red Sox are going to add an offensive player at the deadline they should target someone who plays on the right side of the infield.  One player who could probably be acquired at a relatively low price is D-Backs first baseman Christian Walker.  He currently has an unimpressive batting average of .203 but may benefit from a change of scenery after being a member of one of the worst teams in the league for several consecutive years.

Offense would be a nice luxury to add but the Red Sox real need is pitching of any kind.  The team has seemed content to role with a five-man rotation thus far with fairly good results.  Still, adding another arm who could open games and eat bulk innings is never a bad thing.  The bullpen could also use another true setup guy to help bridge the gap between the starters and Matt Barnes.  The Red Sox may not look to the trade market immediately to solve these needs, though, because there are several pitchers in the system who are currently working their way back from injury. 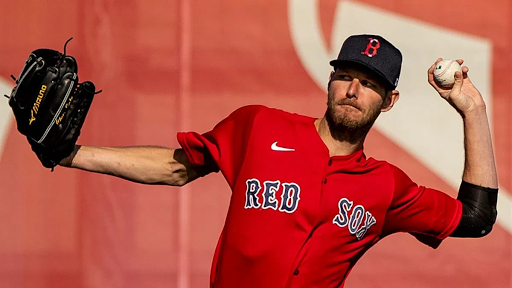 Chris Sale Rehabbing from Tommy John Surgery
Photo credit: nesn.com
Eduard Bazardo, currently working his way back from injury, allowed no runs in two appearances at the big league level this season.  Ryan Brasier, who has experience in a setup role for the Sox, sustained multiple injuries in the past year but hopes to return at some point this season. And then there is the ultimate question mark: Chris Sale.  The Red Sox ace underwent Tommy John surgery last year and is currently rehabbing in Florida.  It is unclear when he will return but it seems pretty clear that the Sox would like him to contribute this season if possible.  Don't be surprised if they use Sale not as a starter but rather a long reliever at first to build up his stamina.  Hopefully the Sox get a chance to look at some if not all of these pitchers sooner than later so that they know how aggressive they need to be when targeting relievers in the trade market.