Following Boston's clinching of the top Wild Card spot in the American League over the weekend, Red Sox Life writers Jim Monaghan, Bryan Mauro, and Ahaan Rungta sat down to talk about some of the highs and lows of the regular season, and what fans can expect going forward. 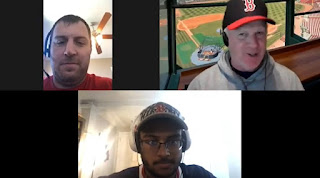 Of note, the emergence of Rafael Devers as a dominant force, and Bobby Dalbec's surprising second half were among the topics of discussion, along with the oftimes poor defense.

Not to be overlooked was the job that Chaim Bloom did in his 14-year career with Tampa Bay Rays, as well as his first two seasons in Boston.

And with Mac Jones' performance for the Patriots on Sunday night, a little football crept into the conversation as well.