Boston Strong Down on the Farm 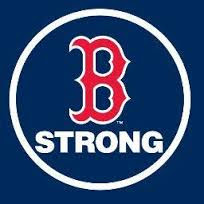 Every year teams go through injuries, slumps and trades that change the face of the current and future Major League roster. Let's take a look at the top Sox prospects down on the farm. Here are the Red Sox top 5 prospects according to SoxProspects.com:

Other Red Sox Minor League Notes:
Jose Iglesias, SS, Pawtucket is hitting .242 with 3 HR.
Garin Cecchini, 3B, Salem leads the Carolina League in hitting with a .392 average.
Henry Owens, LHP, Salem has 30 K in 26 IP. Scouts say his curveball is much improved.
Anthony Ranaudo RHP, Portland is 3-0 for the Sea Dogs with his fastball clocking in around 95 mph.
Alfredo Aceves, remember him? Last week GM Ben Cherington sent special assistant Pedro Martinez to oversee Aceves' bullpen sessions. Maybe Pedro got through to Fredo. Aceves pitched well for the PawSox Thursday night tossing over six scoreless innings and 101 pitches against Durham. It looks like Aceves will get the chance to regain his status as a valuable asset on the pitching staff, or he enhances what to this point has been only minimal trade value.

While it's only a month into the season the Red Sox have been relatively healthy and have already had contributions from their young, talented players down on the farm.