RSL Poll: Who is the Face of the Red Sox? 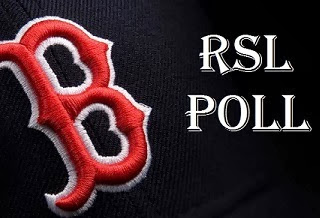 David Ortiz
Our own Ben Whitehead even made a case for Big Papi, the obvious front runner, winning the entire competition. With three World Series rings, Ortiz has been on the Red Sox longer than anyone else, and has consistently helped lift the team to victories in key situations. This year, he posted an outstanding .688 batting average in the World Series, hit a grand slam in Game 2 of the ALCS to tie the game that the Sox would eventually win, and delivered a speech in the dugout during Game 4 of the World Series, which Jonny Gomes attributed to aiding his go-ahead three-run homer in that game. His performance and leadership during the regular season were no different. If anything, you can argue that Ortiz has been the face of the Red Sox for his entire career with them.

Dustin Pedroia
Pedey represents a lot of what the Red Sox are about. Because of his small stature, he was told he would never make it in the big leagues, but one Rookie of the Year award, four All-Star appearances, two World Series championships, three Gold Gloves, and one Silver Slugger later, Pedroia has proved everyone wrong. Pedroia consistently plays through injury, even playing through a thumb injury this season, which he was still able to post a .301 batting average and win a Gold Glove. And just like the Red Sox as a whole have had to prove themselves time and time again, Pedroia does too. He plays hard through criticism, sticks up for his teammates, and never gives up. He also won the Face of the Red Sox last year.

Jon Lester
Lester is probably the sleeper pick in this situation. Lester has that same tough attitude as Pedroia, but his attitude may be even more amazing, considering a lot of it comes from overcoming lymphoma in 2006. He returned in 2007 to help the team win a World Series. Lester seems to slump almost every season, but he always picks himself back up. Even this season, he was able to get past his mid season struggles and post an incredible 1.56 ERA in the postseason, the best of any starter.

Someone else in mind?
A case can be made for some other Sox as well, though they’re not as obvious as these three. Sox management specifically shopped for players who would mesh with the team before the 2013 season. Whether it’s Mike Napoli with his Get Beard attitude, Jonny Gomes with his off-the-bench heroics, or Shane Victorino playing through injuries and hitting in the clutch, you might have someone else as your pick, so comment and let us know.


And don't forget to follow the rules on Twitter to have your vote count for the MLB Network:


Vote for the Face of the @RedSox by tweeting your pick with #FaceofRedSox and see who wins tomorrow on #MLBNHotStove! pic.twitter.com/4b38uPNUUW
— MLB Network (@MLBNetwork) January 2, 2014