RSL Poll: Should the Sox bring back Stephen Drew? 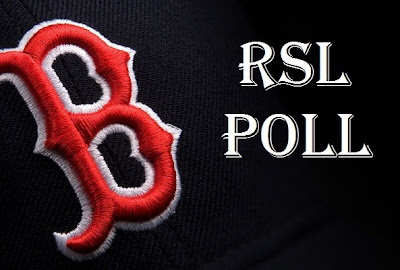 As spring training draws near, Stephen Drew is still a shortstop without a team.

While Drew was one of the better offensive shortstops in the league last season (slashing .253/.333/.443 line in 124 games with 13 homers and 67 RBI), is a solid defender and a good clubhouse guy, it seems the Sox are ready to move on with rookie Xander Bogaerts at short and Will Middlebrooks at third.

“Stephen did an excellent job for us last year. He was a really solid player. He was a big part of our team. And so out of respect to him, we’ve kept a dialogue going. But at this point, we’re really focused on the guys we have on the roster. … I wouldn’t expect anything major to happen between now and when we report, at this point.”

It also seems that uber-agent Scott Boras may have overplayed his hand. The Sox offered Drew a $14 million, 1-year qualifying offer which Drew turned down as Boras whispered promises of a 3-year, $42 million contract in his ear. No teams lined up for a chance at a Drew.

Now Drew is left outside looking in as players begin arriving across Florida and Arizona. The Mets and the Yankees have kicked his tires and there is a chance the Sox get back in the mix - albeit at a much lower rate than 14 mil a year.