Don't worry about a thing, Shane 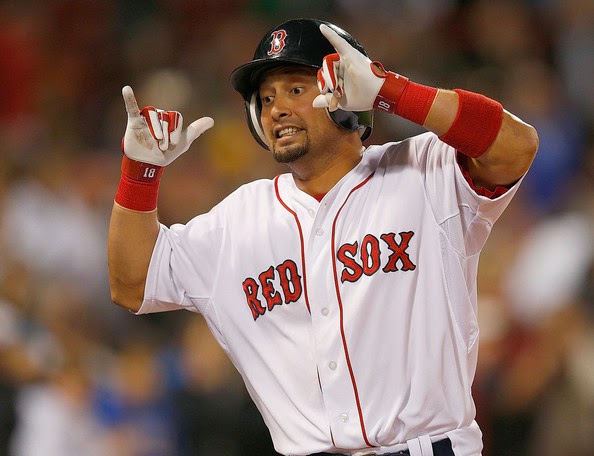 A new rule this season in Major League Baseball limits walk-up music for players to 15 seconds. MLB somehow thinks this is going to speed up the game. I guess they believe that once the music stops, the player will step into the batter's box quicker than normal.

Or, you know, that player will continue to go through his pre-hitting routine, no matter how long it takes.

One player affected by the shortening of the music will be the Red Sox Shane Victorino. His "Three Little Birds" by Bob Marley typically lasts about 20 seconds to get through the main part of the chorus...

"Don't worry about a thing,
'Cause every little thing gonna be alright!"


This well-known verse became a rallying cry by the Fenway Faithful during the 2013 Postseason and could be heard belted out throughout the stadium when the music played for Victorino prior to his at-bats.

Well now, the music will cut off just after "Don't worry." But trust us, Shane, the rest of the song will be sung. Loud and proud.

So when Victorino walks up to the plate for his first at-bat at Fenway Park in 2014, the music might stop, but the song will go on. Because Red Sox Nation will sing aloud, "...about a thing, 'Cause every little thing gonna be alright!"