Jake Peavy traded to the Giants 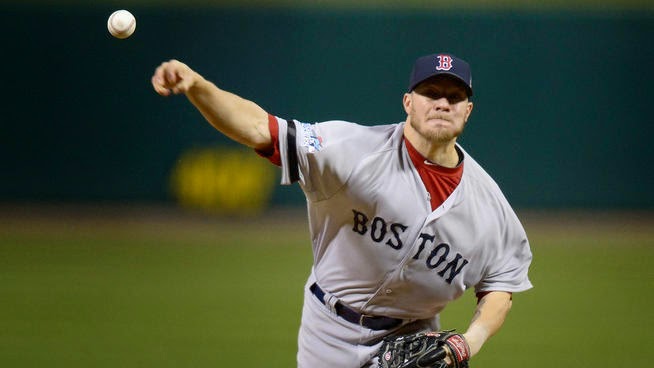 
The Boston Red Sox have agreed to trade veteran pitcher Jake Peavy to the San Francisco Giants for a pair of pitching prospects, a source confirmed to ESPN.

Boston received prospects Edwin Escobar and Heath Hembree in the trade, which is pending approval from baseball commissioner Bud Selig, according to the source.


Solid haul for the Red Sox as Escobar was a strong prospect in the Giants system and Hembree should bolster the Sox pen.