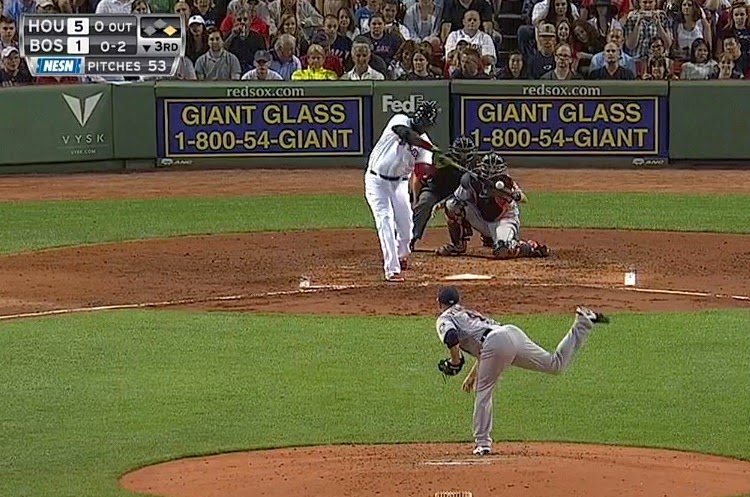 David Ortiz hit two home runs, his 400th and 401st in a Red Sox uniform, and drove in six as the Red Sox rallied with four runs in the bottom of the fifth inning to defeat the Houston Astros 10-7 on Saturday evening at Fenway Park.

Red Sox starter Rubby De La Rosa was ineffective, allowing six runs on nine hits and four walks over four innings. The Astros scored in each of the first four innings before Alex Wilson came on in relief to settle things down. 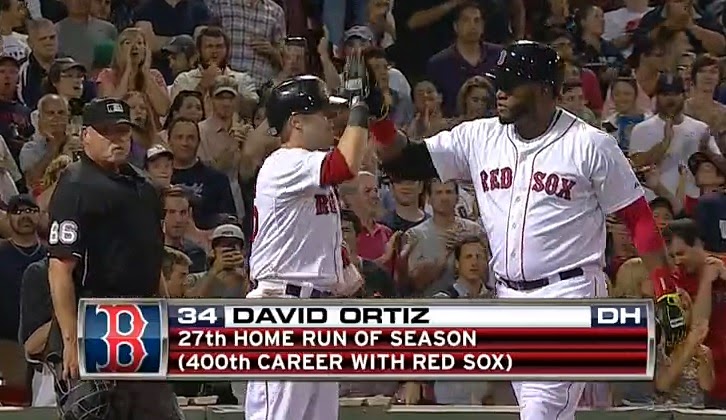 Ortiz's first home run came in the bottom of the third inning to dead centerfield. He is only the third Boston player to hit 400 home runs in a Red Sox uniform; the other two, of course, were Ted Williams and Carl Yastrzemski. His second came as part of that four-run fifth inning in which the Red Sox sent nine to the plate.

The Red Sox added three runs in the bottom of the eighth to put the game away. Ortiz and Daniel Nava each had three hits for Boston.