Five Players the Red Sox Could Use to Retool 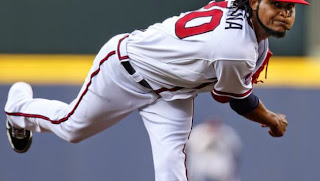 The Boston Red Sox should chase after multiple free agents this offseason. Chris Young who is putting together a nice season with the Seattle Mariners should be one target. Chris Young would bring a veteran presence back to Boston’s rotation. When on top of his game, he is can out duel some good pitchers. He would also be able to help all of the young prospects that are coming up to the major leagues.

Andrew Miller is a solid left hander who the Red Sox traded away at the trade deadline. The Red Sox should make resigning him a main priority because he is such a threat pitching out of the bullpen. He can close a game for you as well as come into games in pressure situations. He was a valuable pitcher for the Red Sox and, if he was to come back, that would bolster the bullpen.

Pablo Sandoval is going on the free agent market this offseason. He has already turned down an extension from the Giants. If the Red sox can give him the deal he wants, that would help to solve our third base problem as Will Middlebrooks has not been producing at that position. Sandoval is one of the top free agents out on the market and it would be a wise move for the Red Sox to offer him a contract this offseason.

Edinson Volquez is a pitcher who has been showing signs of regaining his stride. He has had his best season since 2008. He has been a reliable pitcher for the Pirates this year. If the Red Sox could sign him, it would be a nice move at a cheap price. This would back up the rotation and give Joe Kelly and the rest of the rotation next year some support. The Red Sox rotation since the trade deadline has been less than reliable but if we sign Volquez that could change.

Ervin Santana seems to be a great option for the Boston Red Sox. He has started to become a front of the rotation pitcher and would not cost as much as Jon Lester or Max Scherzer. He has proven he has a lot of talent and he can work himself out of jams. He would also help to solidify the number one spot in the rotation. If you could sign Volquez, this deal would be huge because now you have the one, two, three punch of Santana, Kelly and Volquez. If the Red Sox were able to make a couple of these deals happen, they might be able to be a contender again next season.


stats and photo from Bleacherreport.com