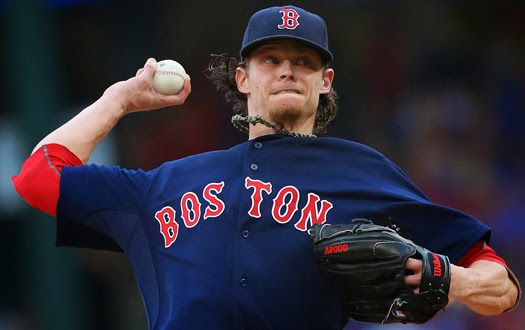 It's the day Red Sox fans have been waiting for - Rusney Castillo's major league debut. He'll be in thje lineup tonight against the Pirates as the Sox look to even the series in Pittsburgh. The Red Sox will send Clay Buchholz (8-8, 5.19 ERA) to the hill against Francisco Liriano (5-10, 3.53 ERA) for the Pirates. Buchholz has been struggling for most of the year, but has turned it around in his past few starts. He's posted a 3-0 record with a 1.66 ERA and 18 strikeouts (21.2 IP). He'll have to be at his best, as Liriano has been just as good, if not better - a 2-0 mark with an ERA of 0.86 and 26 strikeouts over 21 IP. While this game is meaningless for the Sox, Buchholz will look to put together another quality start and continue to build momentum for next year.

Castillo will hit 7th in the order and play center field tonight, and he'll be looking to make a good impression on Red Sox fans heading into next season. Mookie Betts will hit lead-off and he and Xander Bogaerts will look to continue their red hot September hitting.