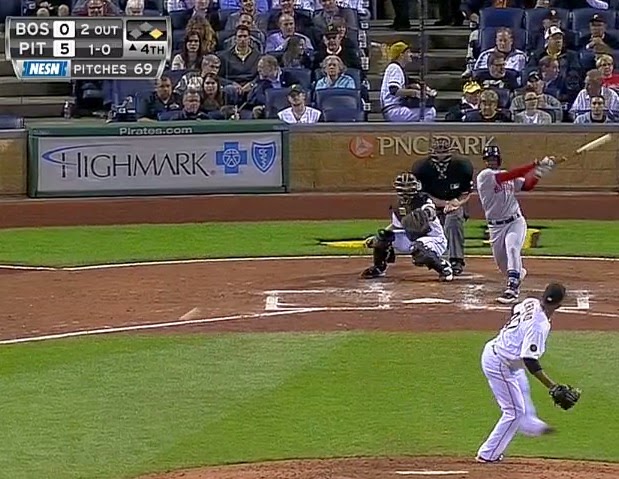 Clay Buchholz took the loss, allowing a pair of homers. He was charged with five runs (four earned) on six hits and a walk over four innings.

Rusney Castillo (pictured) made his Red Sox debut in center field; he was one for four with a single.