5 dream acquisitions for the Red Sox

As the hot stove begins to heat up, the Red Sox will certainly be linked to numerous stars out on the free agent and trade market. Sure depth guys are important to a team, but everyone loves to see a big splash that brings back a star. Here are 5 stars the Red Sox would love to acquire: 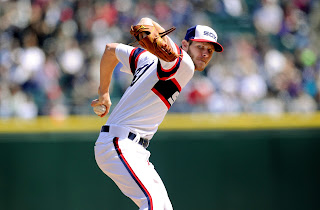 1.) Jon Lester: Surprise, surprise! Jon Lester is atop the Red Sox wish list. Lester is the ace the Sox need to get. Bonifide ace, can pitch in a big market, and wins the big game. Lester certainly can do it all. The Red Sox would love to see this man starting opening day next year. All they have to do is pony up and pay the man who helped bring them a World Series title in 2013.

2.) Chris Sale: The man who finished 3rd in the AL Cy Young Award voting comes in at number two. Sale had another phenomenal year posting a 12-4 record with a 2.17 ERA. Sale is a young guy who could be entering the prime of his career. Unfortunately, Sale is under contract for a while so a trade would be the only way to bring in this top talent. If the White Sox did decide to move on from Sale and acquire prospects for him, the Red Sox would certainly be in a good spot to make a move. Boston has a surplus of top level prospects. To bring in a top ace in the game, trading these prospects would be worth it.

3.) Hanley Ramirez: While all the rumors for a new 3rd baseman involve the Kung Fu Panda, a former Red Sox player could be an even better fit. At his best Hanley Ramirez is a better player than Pablo Sandoval. The question with Ramirez has never been his talent. In 2013, a case could have been made for Ramirez as the team MVP. The team took off once he was activated from the DL as he hit .345 the rest of the way. Now this brings us to Ramirez's problem. His aforementioned DL stint was not an isolated incident. His health has always been an issue. When healthy, Ramirez is one of the best in the game. The Red Sox need to take this gamble on this talented player. His bat would be a huge upgrade over Middlebrooks at third base. A 3-4 combo of Ortiz and Ramirez would be lethal for the Sox (the more things change the more they stay the same right?).

4.) Andrew Miller: Although Andrew Miller was dealt at the trade deadline, the Red Sox still want him back. He was elite in his time in Boston. With Craig Breslow on the outs, this opens up a bullpen spot for Miller to return. The problem with Miller is that he will require top dollar for his services. He will be highly sought out after on the market. After paying Koji Uehara 12 million, will the Sox pay at least 8 million for another reliever?

5.) James Shields: While James Shields is not as good as Jon Lester or Chris Sale, the Red Sox would be lucky to have a pitcher of this caliber in the rotation. Had he pitched better in the postseason, he could have cashed in even more. That being said, Shields still had a great year as he went 14-8 with a 3.21 ERA. Shields is also a durable pitcher who eats innings. He has thrown at least 200 innings in every year since 2007. You can pretty much pencil in a 3.50 ERA with 15 wins and 200+ innings for Shields every year. The Red Sox need that stability in young rotation.

Have another dream acquisition?
Comment below or reach out to me on twitter @Ian_Vescera
Click here to read more posts by Ian Vescera.
Stats and photo from espn.com