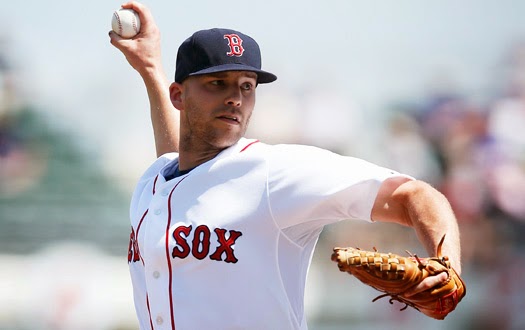 The Red Sox take on the Philadelphia Phillies in the final game of a 3 game set in Philadelphia. The Red Sox are coming off a disappointing loss in which new face Rick Porcello gave up a 3-run home run to Jeff Franceour, while the Red Sox bats squandered a few late chances. Tonight, Justin Masterson (7-9, 5.88 ERA in 2014) makes his Red Sox debut in his 2nd go-around with the team. He'll face off against David Buchannan (6-8, 3.75 ERA in 2014), a 2nd year pitcher.

David Ortiz is back in the starting lineup in place of Mike Napoli, as the Red Sox look to get the ship righted offensively after squandering a few late chances last night. Here is the line up they'll put out against Philly:

Stats and photo from MLB.com