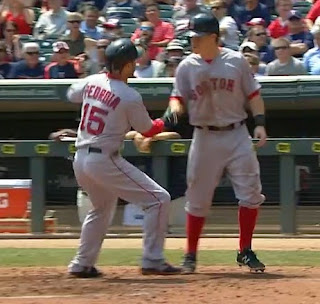 A pair of Dustin Pedroia home runs went for naught as the Red Sox fell to the Minnesota Twins 6-4 on Wednesday afternoon at Target Field.

Pedroia (pictured) gave the Red Sox a brief 2-0 lead with a home run in the top of the third inning off Minnesota starter Phil Hughes that drove in Brock Holt.

Torii Hunter drove in a pair with an RBI single in the bottom of the inning followed by a Joe Mauer RBI single to give the Twins a lead they wouldn't relinquish.

Pedroia and Holt each had two hits for the Red Sox in the loss.