The 2015 Red Sox: Buyers or sellers at the deadline? 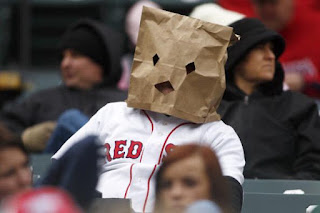 There are still 98 games left in this season and 39 for the trade deadline. They would have to go on a record of .680 to finish the season with 94 wins and .641 to at least be one game above .500 at the deadline. I don't want to sound pessimistic about this team because I've been a Red Sox fan for at least 17 years and if they have taught me something, is that they can always make a comeback. Sadly, after this week I don't think that classic "Red Sox comeback" is possible. The ownership is treating Farrell as if he was some kind of Tony La Russa or Connie Mack, and that won't change at least until the offseason. Until some major moves are made, this team is doomed to end the season with another losing record. If that's the case, the Red Sox will also be a losing team at the deadline... but what does that exactly mean? Will they be buyers or sellers?


To be completely honest with you, I have no idea if the Red Sox are going to be buyers or sellers at the deadline. I'm pretty sure (or at least hope) that deep down, the front office knows that this team is no longer in contention, but that it needs a huge shakeup. The Red Sox began the season with the highest payroll in team history and obviously they haven't played the way everyone expected them to, so definetely things are not going to stay the same way regardless of what John Henry and Farrell have been saying the past couple of days. "I wouldn't write this team off" and stuff like that is completely meaningless when you just stand in the dugout and wave your hands when the team needs you to fire up. But anyway, as I was saying... Bottom line is that this team won't stay the same because of the money the have invested in it.

The problem here is that who is going to take big money guys like Shane Victorino who's currently on the DL and probably will be for the rest of his life? Mike Napoli is the streakest guy I've ever seen in Boston, but that's it. He's no longer the .320 and 30 HRs guy he was with the Rangers, so what can you get from him? If you want a pitcher from the Red Sox rotation it's because Jules Winnfield and Vicent Vega are pointing to your head to ask Cherington for one of them. Jokes aside, I really don't see anyone from the rotation getting traded because the return would be something like two top 20 propsects or something like that. The "Trade Pedroia" has been a constant and polemic topic the last days in Red Sox Life (if you haven't checked Ryan's and Jim's articles you should definetely do it now), and I can see the logic when you want to trade a player for good and solid bricks to build a future, but I really don't see the Red Sox disrepecting Pedey that way. Not yet. You could argue that they did the exact same thing to Nomar, but when he was traded he was having a horrible year and there were only two years left in his contract.

And here comes the trade Hanley or Sandoval talk.

It won't happen. There's no way someone is taking Sandoval contract for having a fat guy making five errors per week at third base and whether you agree with me or not, I still think that Hanley has some value with the Red Sox. He can become an excellent DH once Ortiz retires.

So, what can the Red Sox do? The way I see it, there are only two realistic options:

Start to write checks for the following offseason and DFA some players, or trade some prospects/big name guys for pitching with contracts with more than two years left. The latter option would obviously be to continue to rebuild the team, becuase what would be the logic in trading for Cueto if he's gone after this year?

I really don't know what's going to happen the following weeks, but I hope that the players that need to be gone are actually gone. No more days off for "clearing up your mind at the plate". You're in the freaking Major Leagues and earning way more than the average player. Act like one.


What do you think the Red Sox are going to be at the deadline? Leave your comments below and don't forget to follow us on Twitter at @RedSoxLife and once you're there, stop by and follow me too at @iamjorgecamargo.