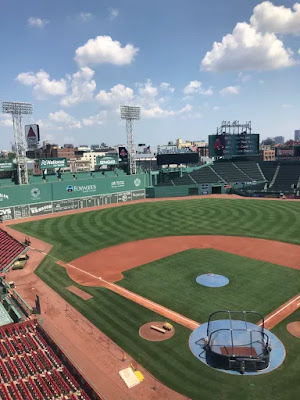 The Boston Red Sox entered the 2019 season as World Series champions after a triumphant 2018 season, their fourth title since 2004. However, things didn’t go as well in 2019, finishing third in the American League East. This was the first time the Red Sox didn’t end the season at the top of their division since 2015; it left fans hoping for a better season in 2020.

The start of a new year brings with it the NFL's Super Bowl, and the football frenzy that comes along with it. Brands are beginning to launch their "big game" promotions, and sports broadcasters are beginning to provide endless coverage such as the expert analysis from the Fox Sports team. It also means that baseball fans don’t have much longer to wait for the start of the season, with Spring Training games beginning in February and the regular season starting at the end of March.

A Revolving Door
A lot has changed at the Boston Red Sox over the offseason. On 9th September it was announced that Dave Dombrowski would be dismissed from his role as President of Baseball Operations.

Bill James, who worked as an analyst for the team, retired at the end of the month. Then the team hired Peter Fatse as assistant hitting coach, Chaim Bloom as Chief Baseball Officer, and Brian O’Halloran as General Manager.

This continued into the New Year, with the Red Sox acquiring Kevin Plawecki and Austin Brice and releasing several other players.

Scandals
As well as more changes to the team throughout January, the New Year saw several awkward stories hit the news. It was reported that the Red Sox broke rules in 2018 by using video replays during games to decipher signs from opposing teams. Then Alex Cora left the team after he was named in the Houston Astros sign stealing scandal of 2017. 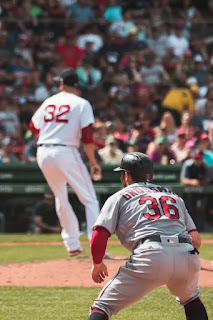 Ticket Price Increases
It was also announced that ticket prices would be increasing for home games. The average ticket will now cost 1.7% more. This increase is less than the hike after the 2018 World Series win, which saw prices go up by 2.5%.

Luxury Tax
The many trades that the team has been making during the offseason can partly be explained by the announcement by John W. Hentry (owner) and Tom Werner (Chairman) saying that they wanted the Boston Red Sox payroll to fall below Major League Baseball’s threshold for luxury tax.

During the 2019 season, the Red Sox paid $243 million in salaries, making it $37 million over the MLB threshold. This meant that the team had to pay out $13 million in luxury tax.

A Better Season?
With 2019 not going as well as previous years, there’s hope amongst Red Sox fans that 2020 will be better. Major oddsmakers are currently putting them as second favourite to top the American League East Division, but there are few willing to give odds for a World Series future for the Boston team.

With all the trades on and off the field that have taken place during the off season, and the fact that these trades have been primarily driven by the desire to not pay the luxury tax, it is difficult to gauge where the team currently lies. Since so much as changed, the Red Sox look like a completely new team, and 2020 may be a season of rebuilding rather than winning.