Sporting events with mass audiences crammed into venues look to be a thing of the past for now, as the current pandemic has forced the population to take extreme safety measures and precautions to protect everyone's best interests. Sport has gradually started to make a return in recent weeks, though, with Germany’s Bundesliga having already resumed and the likes of Spain’s La Liga, Italy’s Serie A and England’s Premier League all looking to get their own operations back underway imminently. Soccer is not the only sport to have been given the go-ahead to return either, with golf and cricket just a couple of other sports to have received the green light, as long as social distancing measures are in place where possible. The Baseball season is usually supposed to have started at the end of March and by early April at the latest, however the current global crisis had denied that from ever happening and it seems one team in particular has been forced to take some extreme measures because of it.

Employees of the Boston Red Sox have been left “livid” with the Major League Baseball (MLB) franchise’s plans to make some hefty salary cuts. The current global situation following the recent pandemic has forced a number of businesses to take necessary action, however it seems the approach being made in Boston does not still well with staff. It has been reported that the salary cuts have been put on a tiered system, which is what has angered the employees the most as it does not appear to scream out as a fair method. Those that earn from $50,000 to $99,000 will be handed a 20% cut, those that earn between $100,000 and $499,000 will be forced to take a 25% reduction whereas those earning more than $500,000 are being hit with a 30% slash.

The current global situation has left fans sitting at home waiting for the confirmation that sports can finally make a return to action, albeit likely through the television screen with large gatherings still to be off-limits for the foreseeable future. However, some fans have been getting their demand for entertainment via the use of online casinos and online sports betting. Playing online casino live, with popular games like roulette and blackjack, gives bettors the opportunity to play games whilst being in a live environment and helps to add some normality back to their daily lives, as the current pandemic hit the physical venues and stopped punters from being allowed to enter them, therefore, perhaps giving the industry and huge boost.
Regarding action on the field, talks are still underway as to when they can get the season underway and bring some normality back to the sport. The Major League Baseball Players Association (MLBPA) union has proposed that the 2020 MLB season would consist of 114 games from June 30 to Oct. 31. The 2019 campaign was one to forget for those at Fenway Park, as they failed to even make the postseason in their bid to defend their title as World Champions. The Red Sox were supposed to have kicked things off against the Cleveland Indians as they will have undoubtedly looked to make the 2019 championships a distant memory and put some pride back to the name of the famous MLB franchise. 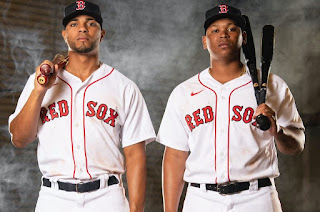 Interestingly, the Boston Red Sox owners - Fenway Sports Group - have already come under intense scrutiny in recent months because of their handling of the current global crisis and have even backtracked on decisions that they have made before. The group owns Liverpool FC in the English Premier League and decided to furlough all their staff, however fierce objections were made about that decision and, as such, John Henry decided to rectify it. Whether he appears to do so in Massachusetts, though, remains to be seen. His hand could well be forced, though, with the likes of Kansas City Royals continuing to go about business as usual, as they have not resorted to any cost-cutting measures or using the government scheme of furloughing staff.