Fixing the Red Sox lineup for 2020

It’s no secret that the 2020 season is a transition year for the Red Sox. With the pitching staff fully depleted and the lineup seeing changes few could have imagined during the historic 2018 run, the Red Sox having an interim manager in Ron Roenicke is not even the most unexpected Boston news of 2020 at this point. The Red Sox have clearly struggled so far, mostly to be expected in a year not intended for a playoff run, even if baseball does see a season that ends with a champion. It’s easy to point fingers at players slumping and management not caring about winning, and perhaps Roenicke is really not built to produce the best out of this team, despite its deficiencies. 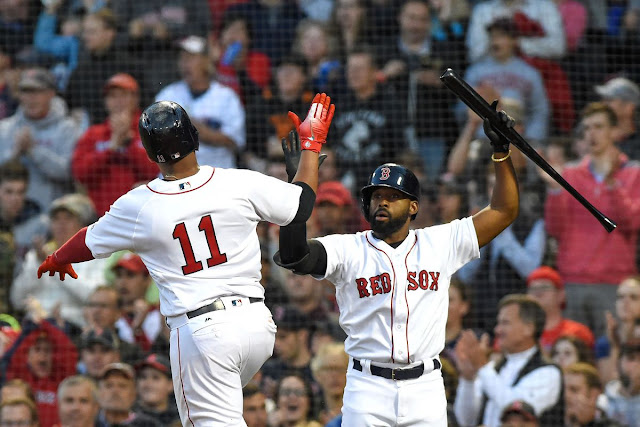 I stand by the fact that while Alex Cora’s return to Boston may not be ideal for the image of the franchise, his skills as manager are dearly missed. From helping develop young talent to managing a pitching staff throughout a season to the Midas touch with pinch-hitters, it’s virtually impossible to orchestrate a team as perfectly as Cora did in his time with Boston.
While I don’t really care how much winning Roenicke has during this transition for the team, I care about the players’ individual seasons and the cornerstones of the offense keeping their head up and providing some interesting fights. I’ll just say it. Roenicke can do more with this offense. His lineups puzzle me. He can help the hitters stay positive if he pushed the right buttons.
From Benintendi’s slump to J.D. not producing runs to Rafael Devers not getting into a groove yet, we are about 20% through the season and the Red Sox hitters are clearly demoralized — even the ones who have led from the front with their bats in Bogaerts, Pillar, and Vazquez. I’m going to suggest a lineup that I think can shake things up for the offense because let’s be honest, whatever I come up with probably has a better chance at producing runs than whatever the heck Roenicke thinks he’s doing.

I’m hearing a lot of “wow you traded Mookie Betts for a bench bat.” The fact of the matter is Verdugo is the player on the major league roster that needs the most encouragement to develop. He has the talent of an all-star. I don’t care how Mookie Betts does, he’s not our problem anymore, but when he was with Boston, the lineup had the premium luxury of a leadoff man that was guaranteed to make the top of the lineup dangerous. Verdugo has that potential and sitting him every other day isn’t doing him any favors.

The disturbing part of watching Verdugo not get his shot is that many, including the manager, have mentioned splits by handedness of the pitcher. Does this man not realize that Verdugo hits a career .309 against lefties and actually only .267 against righties? In fact, against lefty starters, Verdugo hits at a very encouraging .328 average with an .839 OPS. Let the man get his shot and keep him in the lineup. Show him that you trust him to hit for average and for power to lead this team. Stop the Andrew Benintendi leadoff experiment. Use Verdugo’s already-elite arm in that RF spot that needs it and get him at-bats.
#2: 3B Rafael Devers

What was wrong with the 2-3-4 punch over the last couple of years that started with Rafael Devers batting second? It produced one of the best offenses in baseball and helped Devers break out into one of the most feared hitters in the league. In a career 75 games in the 2-hole, Devers has a .326 batting average with a 1.010 OPS, both of which top any other spot in the order in which he has at least 25 plate appearances. Do I care that both my leadoff man and 2-hole hitter are lefties? Hell no, the splits don’t suggest I should.

Yet again one of the few bright spots of an otherwise morose Red Sox struggle, Bogaerts is the leader of this club and has become arguably the best offensive shortstop in baseball. If it ain’t broke, don’t fix it. Leave him in between Devers and J.D. to produce runs. With Martinez protecting him in the lineup, Bogaerts will continue to get opportunities to hit and in over 1500 plate appearances batting third, Bogaerts bats .313 and drives in 108 RBI per 162 games.

Martinez has spent the last few seasons being the most productive right-handed hitter in the big leagues. In the 2018 championship run when Martinez became the first player in MLB history to win two Silver Slugger awards in the same season, Martinez split time in the 3 spot and the cleanup role. He hit .317 with a .973 OPS in the 3 spot. In the cleanup role, he was an unearthly .344 hitter with a 1.088 OPS. Just leave him there, give him baserunners to work with.

The fact that Vázquez is a solid candidate to protect J.D. Martinez in the lineup is a testament to how far he has come offensively. Best catcher in the AL East? Absolutely now. What’s not to like about the strides in Vázquez’s game?

The Andrew Benintendi leadoff experiment should have been over last year. When Alex Cora gave up on Benintendi leading off on off days for Mookie, he regularly slotted Benintendi in the 5 or 6 spots. What resulted was Benintendi finding his power stroke back and driving in runs at a rate that was well above average. The bottom of the lineup started finding runners on base and Benintendi’s frustrations seemed like a dream from the past. Benintendi finds himself in another obscene slump so stop putting pressure on him at the top of the order. Slot him into the 6 spot where he has a career .329 batting average with a .951 OPS. 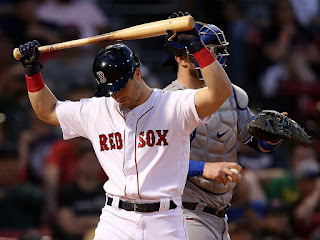 (Photo: Boston Globe)
On off-days for one of the regular outfielders, place the red-hot bat and elite glove of Kevin Pillar anywhere in the OF and in this spot in the order. In fact, when Verdugo gets days off, don’t throw Benintendi at the leadoff spot again, try Kevin Pillar there. Right now, give Pillar his respect by starting him over Benintendi so that Benintendi can reset his mind. When Pillar cools off and Benintendi feels better, start putting Benintendi here. A platoon is also justified here — against lefty starters, Pillar can be plugged into RF to cover the seven seas with Jackie and Verdugo can deal with the Green Monster in LF. In his career, Pillar hits .283 against lefties and only .254 against righties.

The Red Sox lineup is sneakily deep with Mitch Moreland batting at 7 but against righties, it’s completely justified to try to get Benintendi and Moreland back to back near the bottom of the lineup as they have been in the past. Moreland has a habit of getting really streaky so when he’s hot, give him regular starts maybe one spot higher. Play it by the ear.

I haven’t gotten a clear convincing reason on why Chavis can’t find his way to the lineup everyday. I need answers one way or another — sure, he still has deficiencies in his wing that cause him extended slumps but do you believe he can fix the issues in the big leagues? If so, why doesn’t he find his way in the starting lineup? If not, send him down. I’m a believer in Chavis’ offensive game and if he can play a little bit of 1B and 2B, I need him to get starts one way or another.

As for Peraza, I see him as a viable candidate to slot in either off the bench or at this spot in the order if Chavis or Moreland need a bench day. One thing’s for sure — with opportunity, Peraza can hit. In 2018, Peraza was top 5 in the National League in hits. I see facing a lefty as a perfect opportunity to let Peraza start. With his .297 career batting average against southpaws, Moreland wouldn’t always mind the day off if Peraza and Chavis can cover this part of the order.

It’s easy to get frustrated with the offensive streaks of 2018 ALCS MVP Jackie Bradley Jr., but his ability to play an outfield (along with Pillar) that makes the Red Sox the clear #1 defensive outfield in baseball is reason enough to give him his shot. Just bat him 9th where he’s supposed to and let him surprise us when he does get on those offensive tears. He’s done it in the past; leave him in the lineup for being able to cover every spot on the field.

There you have it — a lineup that would produce a bit more consistently and more importantly would boost the confidence of some of the vital pieces of this offense going forward. Do you think this lineup needs a major shaking up or are you all aboard the tank train? Let it be known that I still don’t care about the Red Sox winning a bunch of games in 2020, I just want to get the most out of the centerpieces of this team and stay positive through this “season.” Let me know what you would do to wake this offense up.